Built for the Brave: Patriot Point In Maryland Offers a Rustic Retreat for Recovering Service Members, Their Families and Caregivers

For those who have fought to defend liberty for the United States and other areas of the world, the residual battle scars are often both physical and psychological, and they last for a lifetime. After grueling rehabilitation and therapy, these service members and their loved ones continue to fight for long-term health and wellness that may include the pursuit of ongoing professional services and opportunities for off-the-grid relaxation and recuperation.

This retreat-and-recharge approach is a sweet spot for Patriot Point, which is one of the nation’s newest retreat centers geared directly toward military veterans, as well as their families and caregivers. Opened in the fall of 2016, the facility has already hosted more than 1,300 people including 618 military veterans as of early 2020, and the staff notes that many who spend time there look forward to returning before they’ve finished their first visit. 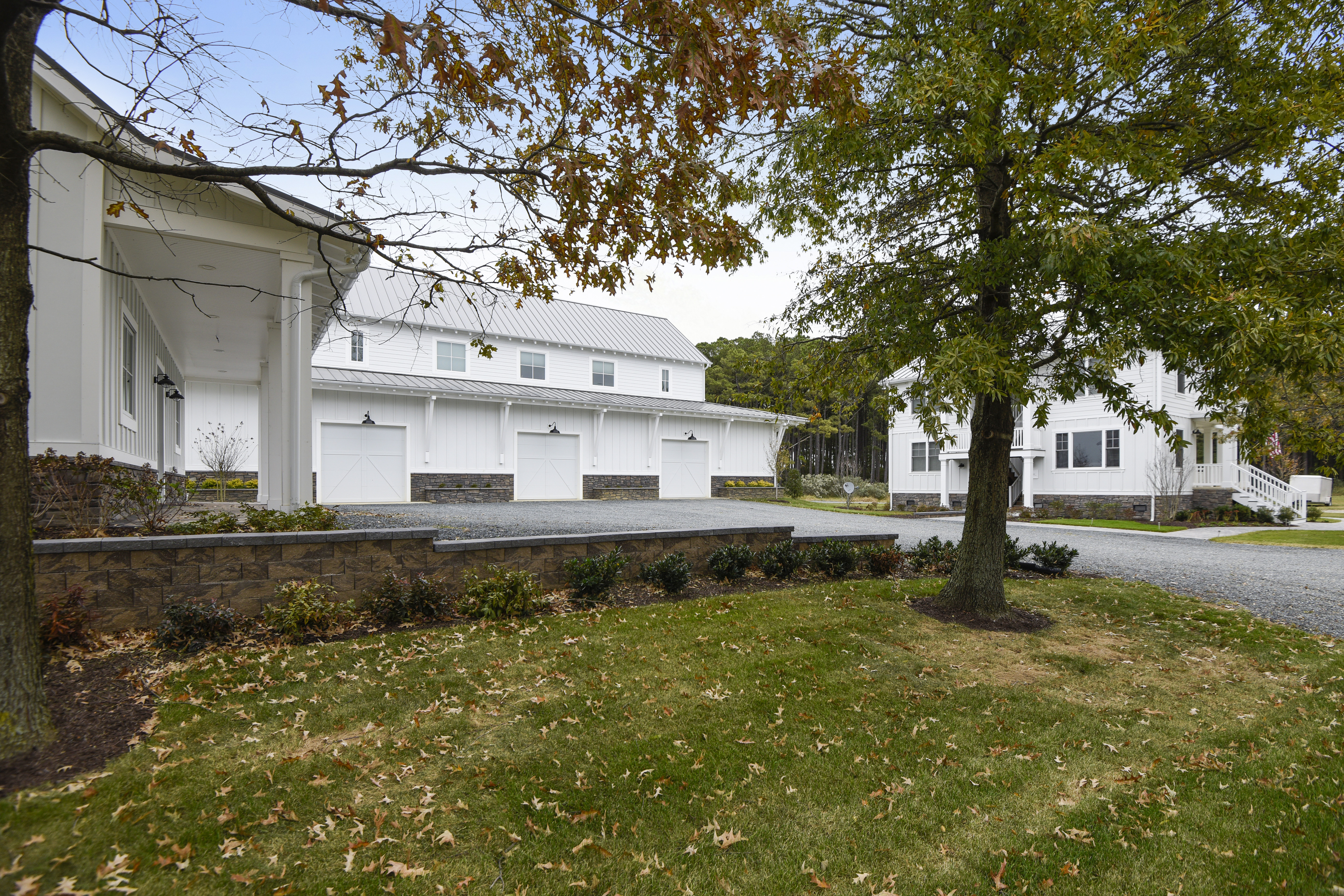 As one of a number of partners and sponsors, Eldorado Stone is proud to have contributed more than 4,500 square feet of architectural stone veneer to Patriot Point. The selected profile, Andante® Fieldledge®, adorns a new entry gate and a number of structures on the property, including the facility’s Main House and a small outdoor kitchen area, the Welcome Center, six-bedroom Guest House and the recently-constructed Barn that includes a caretaker’s residence and a state-of-the-art gym. 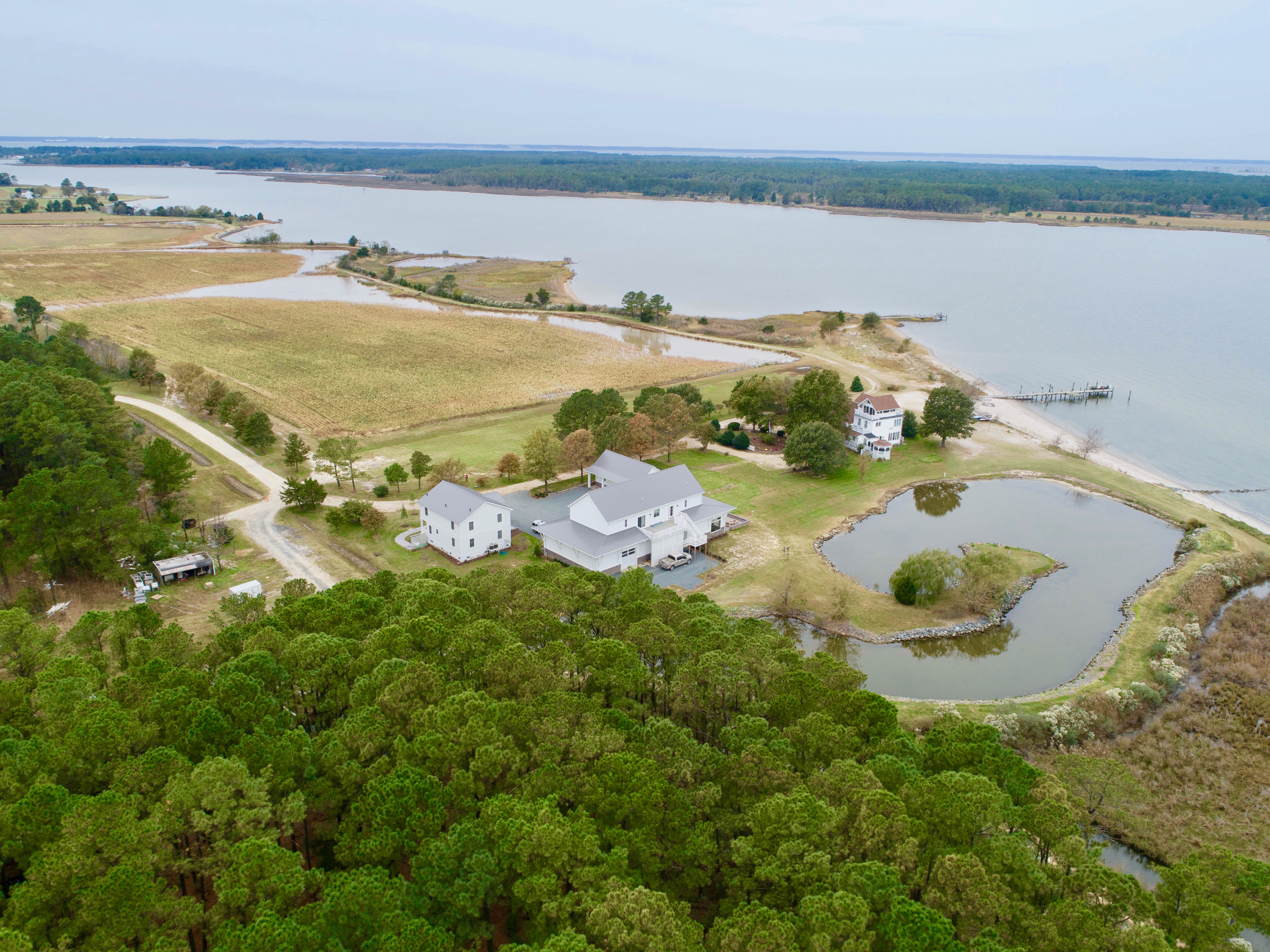 Patriot Point occupies a 290-acre site whose history dates back to the 1600s and was once owned by silent film actress Clara Bow, who used the location to covertly entertain the Rockefellers and other early twentieth century socialites during the Prohibition. In addition to its lodging and activities area, the site includes 2.3 miles of shoreline along Maryland’s Eastern Shore, fronting two pristine waterways and just a short distance from the Chesapeake Bay.

The original woodwork is still visible within some of the structures at Patriot Point, which were developed to serve as a hunter’s retreat. The Main House, for example, showcases its original wood beams and floors. As a result, the project team launched into renovations following property acquisition in 2016, aiming to emphasize the natural textures and history of the site throughout the product specification process. 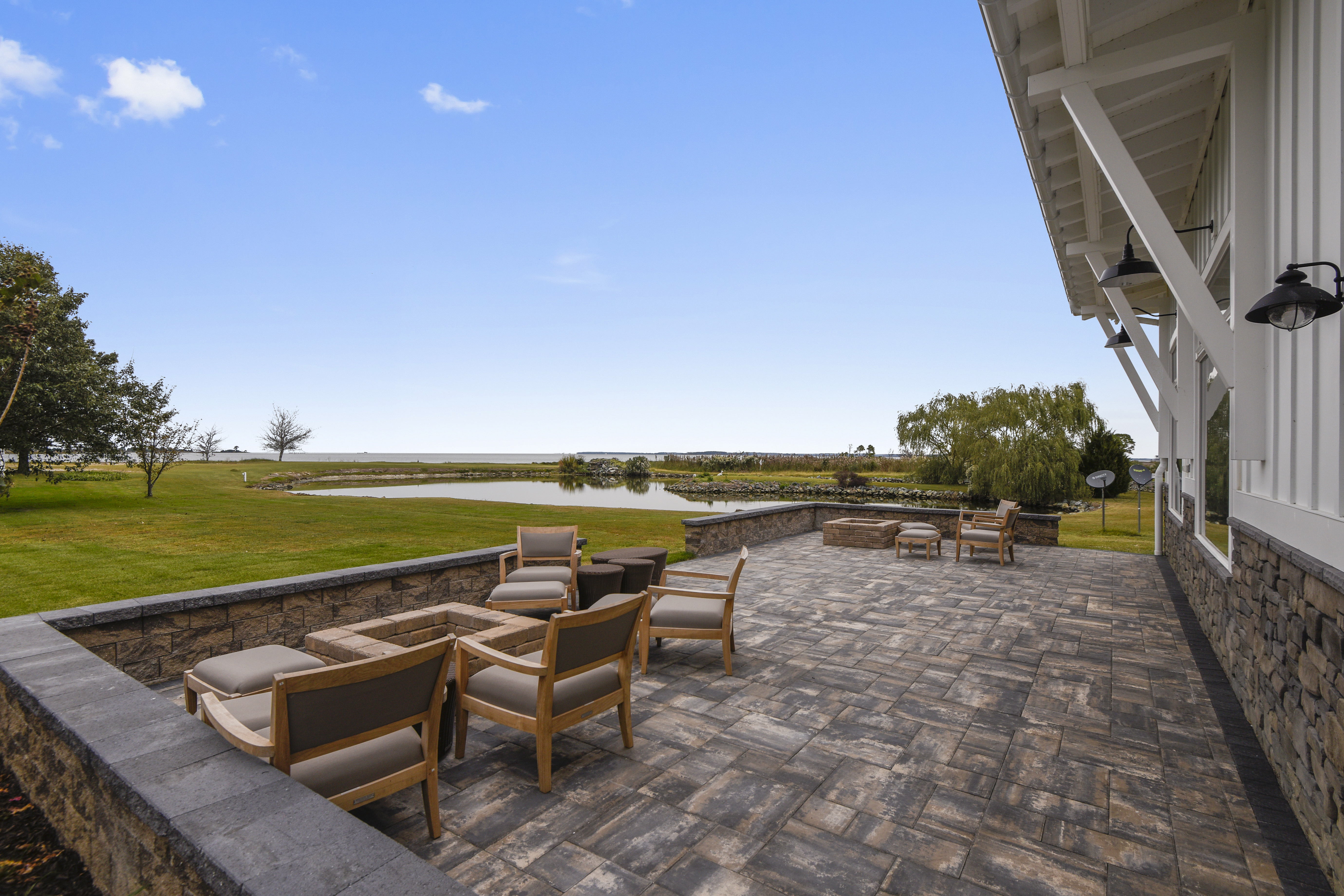 Patriot Point founders Steve Beck, Stuart Plank and the Taishoff Family Foundation envisioned the aesthetic of the site as “Charleston meets the Chesapeake” during its multi-stage renovation process. As such, they worked with their project team to restore some of the site’s rustic appeal by removing vinyl and aluminum siding from its various structures and tying them together with an artistic mix of board-and-batten siding with foundational stone.

When it came to product specification for the stone, Plank says the choice to explore a partnership with Eldorado Stone was an easy one. (His own home features another Eldorado Stone profile on its exterior.) With Beck’s agreement and assistance from the Maryland Building Industry Association and its Home Builders Care Foundation, the project team connected with Regional Sales Leader Ryan Drawbaugh to find the perfect fieldstone texture and color palette.

The team selected Andante Fieldledge for its old-world quality and artistically rustic look. The color palette blends cool grey and sepia tones with subtle khaki-greens, chestnut browns and raw umber. Initially installed on the Barn, Welcome Center and Guest House, Andante Fieldledge has since been applied to the site’s other structures, including an outdoor kitchen space (the building blocks of which were also supplied by Eldorado Stone), the Main House and, most recently, the brand-new entrance gate. 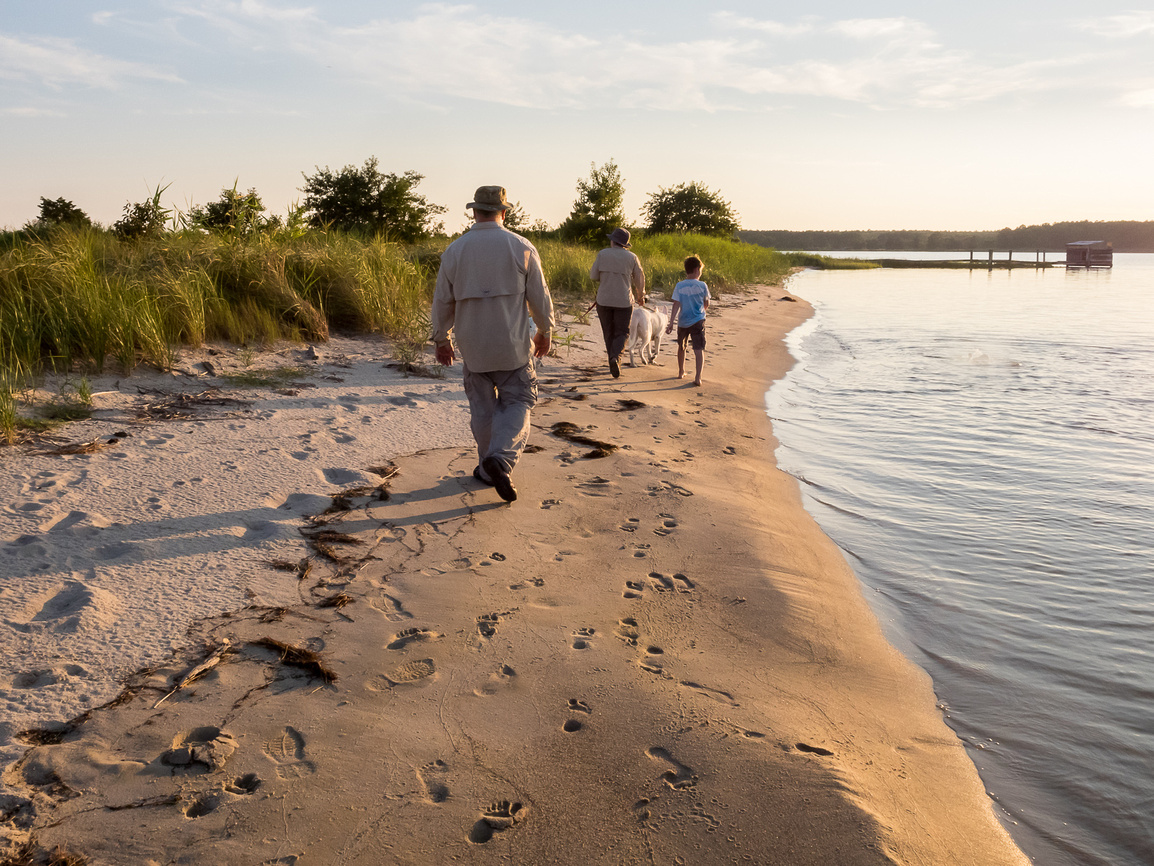 Since opening to guests in late 2016, Patriot Point has undergone several additional renovations to ensure that its facilities are fully handicap accessible, including widened doorways and the addition of handicap-accessible lifts and showers in the Guest House. In addition, Baltimore-based Under Armour donated a state-of-the-art Freedom Fitness Center that doubles as a theater space for family movie nights.

“We originally thought it would be a primarily R&R facility,” says Plank, “but its use morphed quickly into more of an opportunity for therapeutic activities for those who visit.” Nonprofit partners such as the USO of Metropolitan Washington-Baltimore, Yellow Ribbon Fund, Operation Second Chance and Military Warrior Support Foundation, among others, bring service members and their loved ones to Patriot Point and offer a variety of services, such as PTSD support, marriage counseling, and yoga. This keeps the Patriot Point caretaker and a team of volunteers free to run activities such as kayaking, paddle boarding, boating, fishing, crabbing, a 3-D archery course, skeet shooting, and seasonal waterfowl and sika deer hunting. 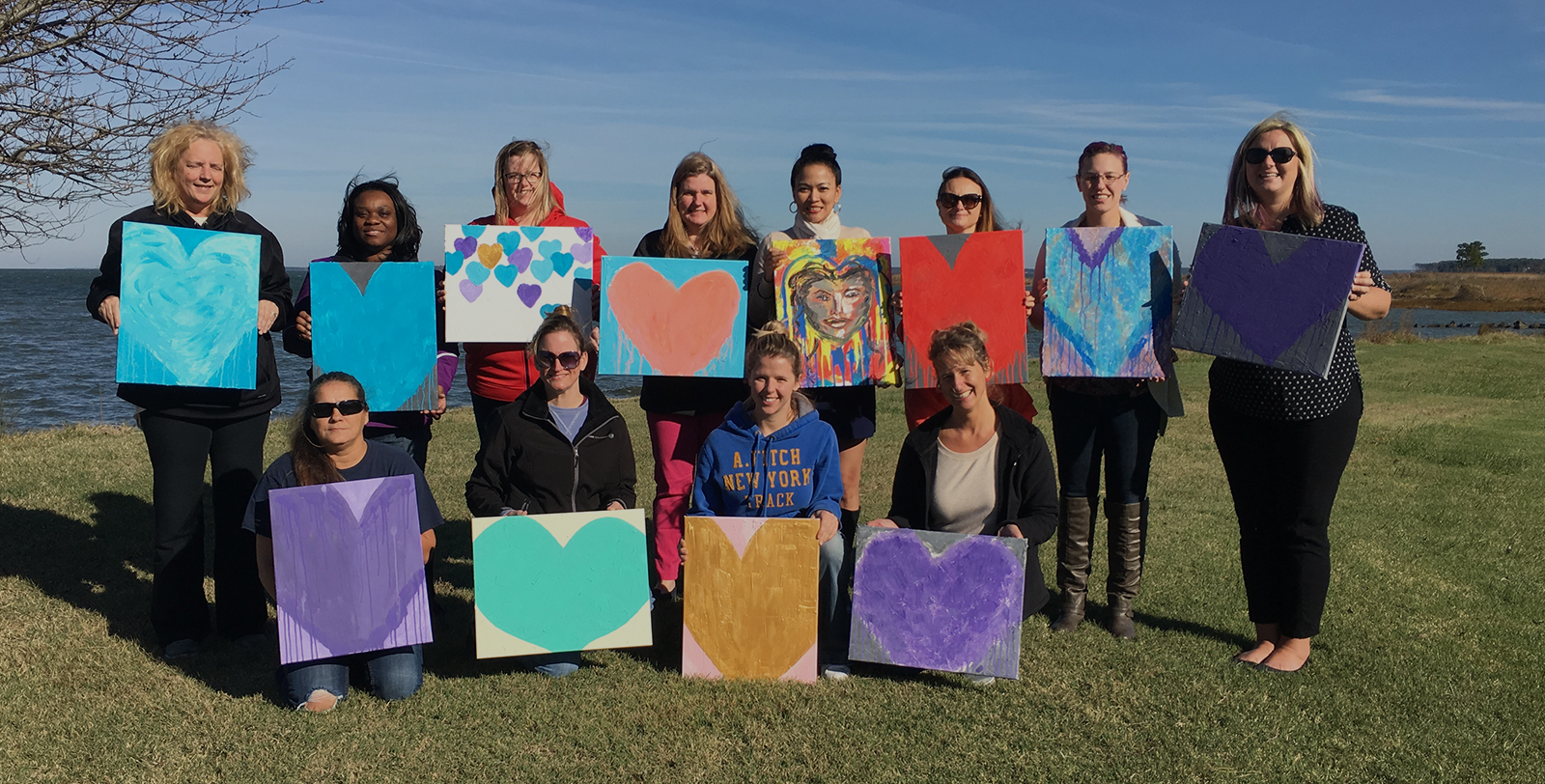 One volunteer who quickly developed a deep connection with the Patriot Point mission and has returned numerous times to participate as a host for veterans and their families is Bob Basarab, Business Development Manager at Belair Road Supply and a longtime distributor of Eldorado Stone products. Basarab comes from a family of military veterans and was hooked during his first visit.

“I wish I could describe how it feels to spend a weekend with these vets and learn from them,” he shares. “It really never ends, and I’m still friends with every person I’ve ever met at Patriot Point.”

Basarab says that he and many other volunteer hosts and team members are just as eager to return to the retreat center as the veterans they serve.

Although the COVID-19 pandemic did put a wrinkle in Patriot Point’s 2020 plans, the team is fired up and ready to reopen for guests. As word about the facility spreads, they’re also enthusiastic about inviting more groups to spend time onsite. According to Beck, “We don’t want to stop. We’re ready to get back to the level of intensity and programming we had before, and it’s incredible to see the support we’ve received just three and a half years after opening Patriot Point.”

Now that construction/renovation efforts will be completed in 2020, the team will be able to focus more of its energy on maintenance and continual improvements. Most importantly, they will be free to dedicate all of their attention on bringing more veterans to the site, as well as occasional school groups from nearby metro areas and others.

Situated on 290 acres of Maryland’s Eastern Shore, Patriot Point provides a relaxing and safe environment for wounded, ill and injured United States military veterans and their families to reconnect with one another, decompress after deployment, or just take time to rejuvenate while enjoying a variety of outdoor recreational activities. To learn more about Patriot Point or provide a donation, visit PatriotPoint.org.

As Director of Marketing and Portfolio Management for the Boral Stone Division, Sarah has successfully coupled her design talents with business acumen to refresh, refine and distinctly position five standout brands in the North American market and abroad. She continues to provide design direction for the brands’ variety of best-selling modern profiles and trend-forward color palettes while enhancing the prestige of the category among masons, builders, designers, architects and consumers.

Accent Walls: 12 Gorgeous Examples That Will Inspire You